I wrote, speaking about task boards (concrete board): 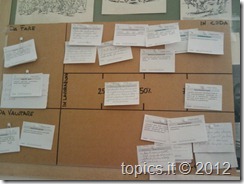 Interaction with a concrete panel, directly accessible by the customer has a great collateral effect:

These only to say that online tools a really cool, but being able to physically touch the backlog has its own pros.

Today I can state that it works <cit.>, the board is not the same (from the design point of view) now it’s much more a Kanban board, than a Scrum one, with WIP limits determined by column sizes: 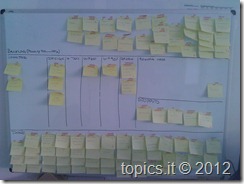